Segment from the award winning television show 'in Ohio Country Today' featuring co-host Gary Jackson with Kim Behr, Director of Grain Merchandising and Logi. View the profiles of people named Kim Behr A. Join Facebook to connect with Kim Behr A and others you may know. Facebook gives people the power to share. 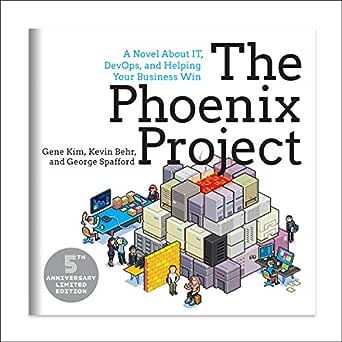 ***Over a half-million sold! The sequel, The Unicorn Project, is coming Nov 26*** “Every person involved in a failed IT project should be forced to read this book.”—TIM O’REILLY, Founder & CEO of O’Reilly Media “The Phoenix Project is a must read for business and IT executives who are struggling with the growing complexity of IT.”—JIM WHITEHURST, President and CEO, Red Hat, Inc. Five years after this sleeper hit took on the world of IT and flipped it on it's head, the 5th Anniversary Edition of The Phoenix Project continues to guide IT in the DevOps revolution. In this newly updated and expanded edition of the bestselling The Phoenix Project, co-author Gene Kim includes a new afterword and a deeper delve into the Three Ways as described in The DevOps Handbook. Bill, an IT manager at Parts Unlimited, has been tasked with taking on a project critical to the future of the business, code named Phoenix Project. But the project is massively over budget and behind schedule. The CEO demands Bill must fix the mess in ninety days or else Bill's entire department will be outsourced. With the help of a prospective board member and his mysterious philosophy of The Three Ways, Bill starts to see that IT work has more in common with a manufacturing plant work than he ever imagined. With the clock ticking, Bill must organize work flow streamline interdepartmental communications, and effectively serve the other business functions at Parts Unlimited. In a fast-paced and entertaining style, three luminaries of the DevOps movement deliver a story that anyone who works in IT will recognize. Readers will not only learn how to improve their own IT organizations, they'll never view IT the same way again. “This book is a gripping read that captures brilliantly the dilemmas that face companies which depend on IT, and offers real-world solutions.”—JEZ HUMBLE, Co-author of Continuous Delivery, Lean Enterprise, Accelerate, and The DevOps Handbook ———— “I’m delighted at how The Phoenix Project has reshaped so many conversations in technology. My goal in writing The Unicorn Project was to explore and reveal the necessary but invisible structures required to make developers (and all engineers) productive, and reveal the devastating effects of technical debt and complexity. I hope this book can create common ground for technology and business leaders to leave the past behind, and co-create a better future together.”—Gene Kim, November 2019

Local residents recently attended an evening of food and wine paring with a French theme hosted by nationally-known food writer Ed Behr, who now lives in St. Johnsbury. The event, titled “A Paris Bistrot Dinner,” was a benefit for Catamount Arts and was presented at the Kingdom Taproom on Railroad Street in St. Johnsbury.

“We tried to create a very special dinner with an authentic French atmosphere,” Behr said.

Each course was paired with a wine appropriate to the taste of the food, and included such varieties as Muscadet, Chemin Blanc, Beaujolais and Syrah.

Both the wine and the food offerings were coordinated by Behr and his wife Kim as a way of raising funds to help the local arts scene.

Behr is a food writer best known for his highly respectly quarterly food magazine The Art of Eating. His books include The Artful Eater (1992, revised edition 2004), The Art of Eating Cookbook: Recipes from the First 25 Years (2011), 50 Foods: The Essentials of Good Taste (2013), and The Food and Wine of France: Eating and Drinking from Champagne to Provence (2016). 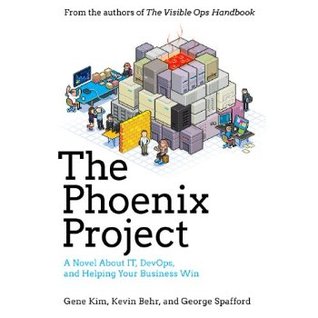 Behr is the editor and publisher of a quarterly food magazine, The Art of Eating. First published as an eight-page newsletter in 1986, it is now one of the most respected magazines about food and wine.

Behr speaks internationally on food and culture. He has been featured in publications ranging from The New York Times and The Atlantic to Forbes and The Financial Times.

In 2014, he was inducted into the James Beard Foundation’s Who’s Who of Food and Beverage. He writes and publishes from the Northeast Kingdom of Vermont, where he lives with his wife, Kimberly, and two sons Maximillian and Zane.

“We are very grateful to Ed and Kim for putting this evening together,” said Catamount Development Director Amy Stetson, “and for all of their support for the arts and arts education in our area.”

For more information on other upcoming events at Catamount Arts, please visit www.catamountarts.org.