Charles Mackay’s 1841 classic, “Extraordinary Popular Delusions and the Madness of Crowds” is just two decades shy of being two centuries old and it still reads as if it has been just published.

Once you finish reading it, you’ll realize that there’s actually neither anything extraordinary in any of the numerous popular delusions (yes, even tide pod eating) nor something other than madness in a crowd.

Which is not merely a testimony to the greatness of this book, but also an incredible indictment of humanity as well: have we learned nothing?

Who Should Read “Extraordinary Popular Delusions and the Madness of Crowds”? And Why?

Sooner or later – regardless of whether you want to or not – you’ll certainly come across a guy offering you a surefire way strategy to beat the market; or, at least, some innovative investment plan that all but guarantees to make you rich.

It will be your mistake – and, believe us, it can be a big one – if you believed that guy.

Because, as history has proven to us as many times as we have tried testing it, there are no such things as financial panaceas or supernatural solutions to real-world problems.

What there is, instead, are numerous manias and fads deluding the crowds for some time and bursting like bubbles the second another craze commences.

Charles Mackay’s book is a collection of such stories, containing everything from investment frenzies and eschatological predictions through witch mania and the Crusades to alchemy and fortune telling.

Learn to discern them and stay away from them!

Because whole nations have fallen victims recovering their senses only after they had “shed rivers of blood and sowed a harvest of groans and tears, to be reaped by [their] posterity.”

A son of a mother who died shortly after his birth and a father with a military background (a bombardier in the Royal Artillery who was once imprisoned for four years in France), Mackay was educated in the Royal Caledonians school for Scottish orphans, before his father placed him at a school in Brussels, where h.

In 1832, he came back to London and soon enough became a revered songwriter and journalist. Decade and a half later, he received a Doctorate of Literature from Glasgow University and his song “The Good Time Coming” sold over 400,000 copies.

A member of influential circles – he was a friend of both Charles Dickens and Henry Russell – Mackay spend the last years of his life preparing fanciful dictionaries which, rightfully, were never taken seriously.

“Extraordinary Popular Delusions and the Madness of Crowds PDF Summary”

In “Extraordinary Popular Delusions and the Madness of Crowds,” Charles Mackay set himself the object to – in the words of his “Preface”

Collect the most remarkable instances of those moral epidemics which have been excited, sometimes by one cause and sometimes by another, and to show how easily the masses have been led astray, and how imitative and gregarious men are, even in their infatuations and crimes.

What he eventually ended up with (the interest of the public drove him to extend the first one-volume edition) is a gigantic three-volume study which covers so many topics that it is all but impossible to summarize it in less than 1,000 words.

The first volume – titled “National Delusions” – is the most eclectic one, but also far more important than the other two: “Peculiar Follies” (covering the Crusades, witch trials and haunted houses) and “Philosophical Delusions” (alchemy, fortune tellers, and mesmerists).

In fact, in his “Foreword” to the 1980 edition, Andrew Tobias wrote assuredly: “If you read no more of this book than the first hundred pages – on money mania – it will be worth many times its purchase.”

And, in the “Real Price of Everything,” Michael Lewis listed these hundred pages among the six classics of economics, alongside such landmarks as Adam Smith’s “The Wealth of Nations” and John Maynard Keynes’ “General Theory of Employment.”

And what are these three chapters about? 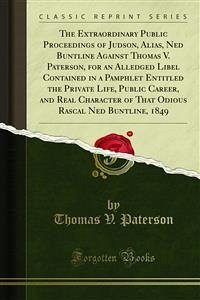 The Mississippi Scheme was engineered by a Scottish adventurer named John Law who, a financial wizard and a friend of the Regent, Phillippe II, the Duke of Orléans.

In 1716, after convincing the Duke of Orléans to replace France’s metal money with unbacked paper currency, Law established the Banque Générale which had an authority to issue notes.

A year later he also established the Company of the West which completely monopolized France’s foreign trade by 1719 when it was renamed as Company of the Indies.

Obviously, this meant an extremely high public demand for its shares whose price rose by staggering 36,000% to 18,000 livres!

To catch up with – Law started issuing notes, which led to the French parliament mandating “that no money should be received in payment but that of the old standard.” However, the Duke of Orléans arrested the president of the parliament, and, soon enough, France was gripped in money mania.

By 1720, there was twice more money in France than gold and silver, a ratio exacerbated by the fact that some people started smuggling the precious metals over the border.

The government began arresting, panic spread, and before you know it, Law, just a year before “the most important personage of the state,” was now forced to flee it to save his head.

That very same year, another Bubble burst on the other side of the Canal, theSouth Seas Bubble. This one began inflating in 1711 when the Earl of Oxford authorized the creation of the South Sea Company, which promised to lower the national debt in exchange for a monopoly over the trade with South America.

The latter had no value, since Spain controlled the Pacific Ocean at the time, and the South Sea Company didn’t organize a single voyage until 1717.

Even so, their shares boomed and speculation in them became a lucrative occupation in itself. This resulted in a host of similar schemes – nicknamed “Bubbles” – which earned tons of money to the schemers from people who believed their fraudulent claims about bizarre overseas schemes.

The investment frenzy led to numerous companies going public in 1720, among them one which famously advertised itself as “a company for carrying out an undertaking of great advantage, but nobody to know what it is.”

The bubble popped in September 1720, prompting Sir Isaac Newton to supposedly say “I can calculate the movement of the stars, but not the madness of men.”

During theTulipomania in the Dutch Golden Age, you could buy 12 acres of land for a single Semper Augustus bulb, i.e., more than ten times the annual salary of a craftworker.

Obviously, this didn’t keep up too long and in February 1637, the prices dramatically collapsed, leading to many people losing substantial amounts of money.

However, the Dutch haven’t stopped liking tulips to this very day.

Key Lessons from “Extraordinary Popular Delusions and the Madness of Crowds”

In “Extraordinary Popular Delusions and the Madness of Crowds,” Charles Mackay shows that there is no wisdom in crowds – only madness and fads.

So, the next time the crowd likes something, ask yourself whether it is because of its inherent value, or because the majority of people have gone mad.

How to Cheat a Man: Three Ways

Three causes,” writes Charles Mackay, “especially have excited the discontent of mankind; and, by impelling us to seek remedies for the irremediable, have bewildered us in a maze of madness and error. These are death, toil, and the ignorance of the future.

So, if you want to cheat someone out of money, tickle his fancy that you have a solution to one of these three problems.

The first three chapters of the first volume of “Extraordinary Popular Delusions and the Madness of Crowds.”

They concern the three earliest economic bubbles: the Tulip craze in Netherlands, the South Sea Bubble in England and the Mississippi Scheme in France.

There’s a lesson in all of them: stay away from the crowd.

“Extraordinary Popular Delusions and the Madness of Crowds Quotes”

Men, it has been well said, think in herds; it will be seen that they go mad in herds, while they only recover their senses slowly, one by one. Click To Tweet

Many persons grow insensibly attached to that which gives them a great deal of trouble, as a mother often loves her sick and ever-ailing child better than her more healthy offspring. Click To Tweet

How flattering to the pride of man to think that the stars on their courses watch over him, and typify, by their movements and aspects, the joys or the sorrows that await him. Click To Tweet

Of all the offspring of Time, Error is the most ancient, and is so old and familiar an acquaintance, that Truth, when discovered, comes upon most of us like an intruder, and meets the intruder's welcome. Click To Tweet

It is extraordinary how accurate and straight-to-the-point are Charles Mackay’s analyses and how many people have profited from learning its lessons many years after the book was first published.

American financier Bernard Baruch sold his stocks ahead of the financial crash of 1929 and, when asked why he did it, he said that it was because of what he had learned from Mackay’s classic.

Consequently, we didn’t hesitate to include the book in our list of top marketing books in history, but we could have included it in our selection of economics books as well, or even among the best books on human behavior ever written.

Because “Extraordinary Popular Delusions and the Madness of Crows” is all of that – and more!

Archaic language aside, it’s also exceptionally well written and abounds in witticisms and deep – as well as comical – insights.

Learn more and more, in the speed that the world demands.